Welcome
I am afraid I have not been around much as I am having a series of major changes in my life - I am packing up my house to move, and as I am down sizing, I am also purging... all I can say is that it is quite a slow process as I work through what to keep and what to 'purge'.
This week at Word Art Wednesday we are sponsored by Stix2 Anything and are supplying a wonderful package of top quantity product as the prize this fortnight.
My card started as a piece of card that I had coloured in an ombre sequence with water colour crayons. 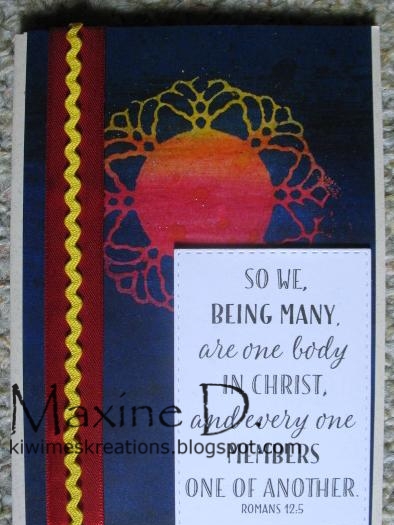 I then took a foam stamp that I had made using a doily die cut, and stamped and clear embossed it over the background.
Next came a generous layer of Chipped Sapphire DI, the embossed image was wiped off, and voila, a fabulous sunrise or sunset impression! 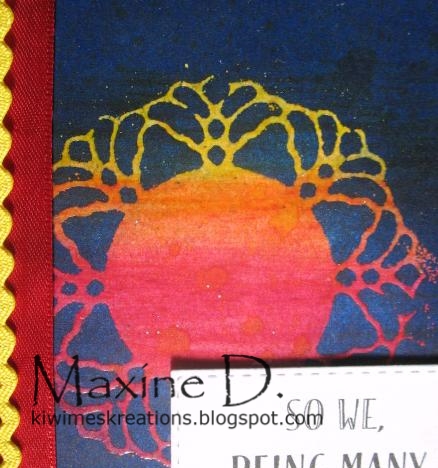 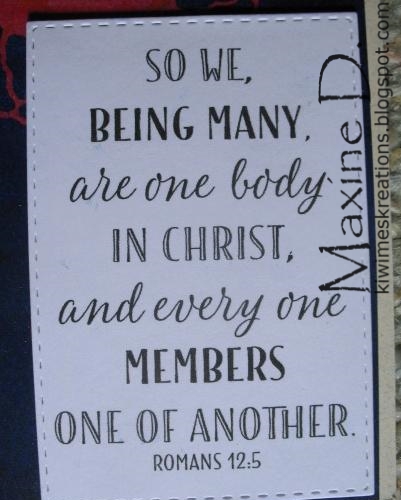 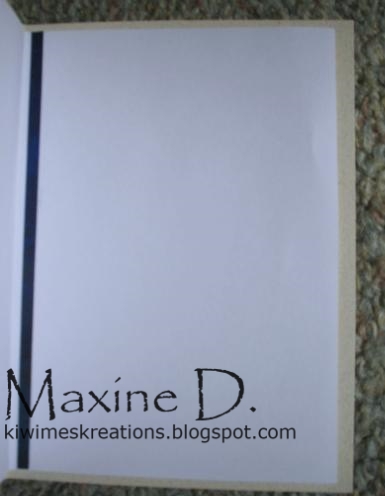 Posted by kiwimeskreations at 9:49 PM 30 comments:

Welcome
I prevented blogger from swallowing my signature this time, but it was another learning curve.
I guess there are many of us in blog-land on the same trajectory!
At Word Art Wednesday ,  Hello Bluebird, are sponsoring the prize for this new challenge
My card this week features the wonderful scripture that is available as a freebie on the Word Art Wednesday website, from Psalm 77. 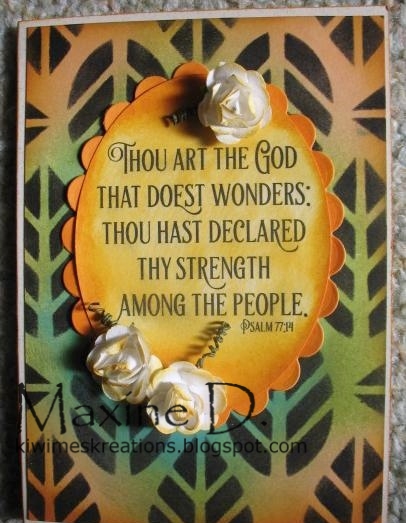 I started with a background of sponged DIs - Spiced Marmalade, Dried Marigold and Peeled Paint, which turned a blue shade over the Dried Marigold... 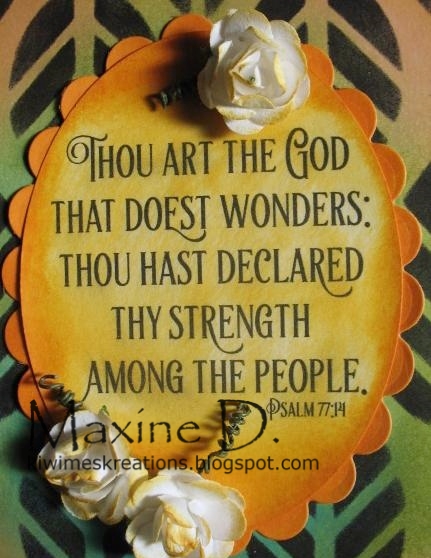 The verse was die cut with a Spellbinders oval die, layered over the matching scalloped die, and liberally sponged with Spiced Marmalade 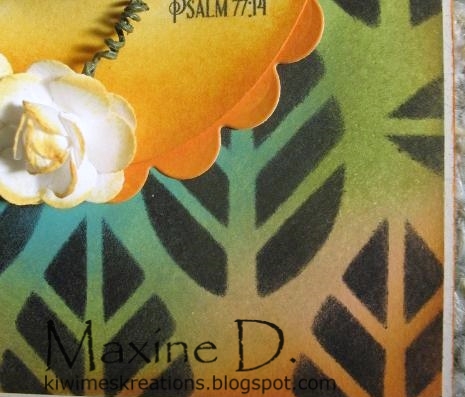 That panel was then stenciled with black ink - an inspiration from Gina K. - using a STAMPlorations stencil. The edges on this panel, and the card base were all run over the Spiced Marmalade ink pad.
The wee flowers are from Rosie's Crafts, and I swiped them with the brush I used in the Spiced Marmalade ink, just to add a touch of colour to the edges of the petals. Posted by kiwimeskreations at 8:16 PM 38 comments:

Masculine Make with A Homemade Stamp

Welcome
I needed a masculine card, and this is the result!
I was inspired by this technique video by Natasha Foote. 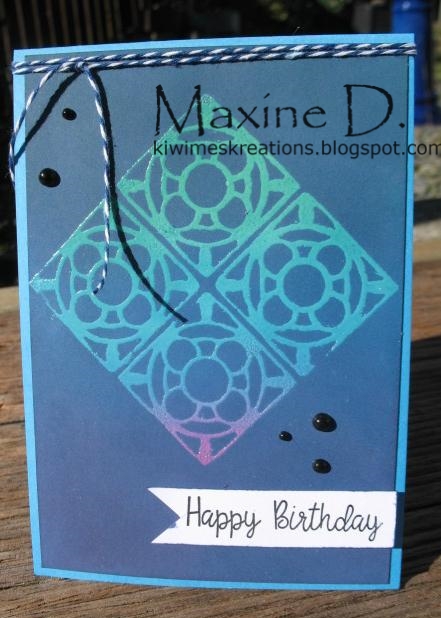 I started by making my stamp, using a very old Cuttlebug die and foam, as per the instructions 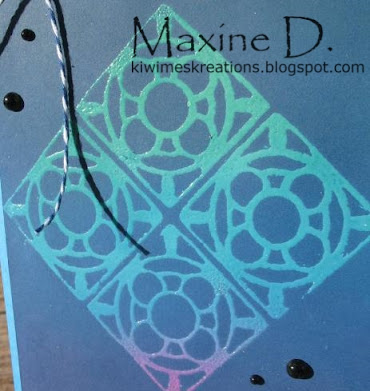 I then stamped it over a panel that I had blended DOX inks over, and clear heat embossed.  I then took Chipped Sapphire DI and sponged it over the whole panel until I had a good coverage.
That's when the magic happens, especially once you wipe the excess ink off the embossed area! 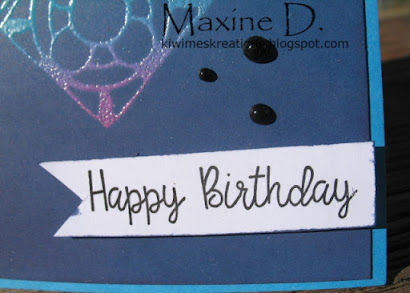 After mounting the panel over a light blue base, I added some black pearls and the stamped greeting from a Dark Room Door set. 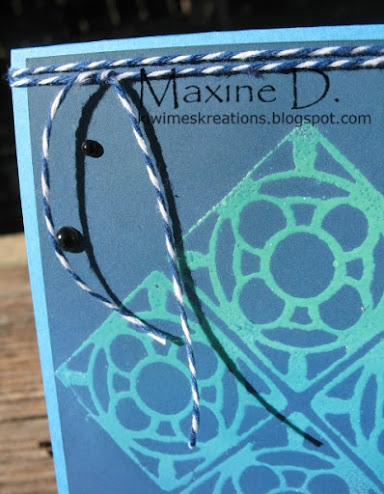 This card was made for the (N.Z.) swap group I am in, and the challenge was to use the 'strip technique' background that is currently quite popular 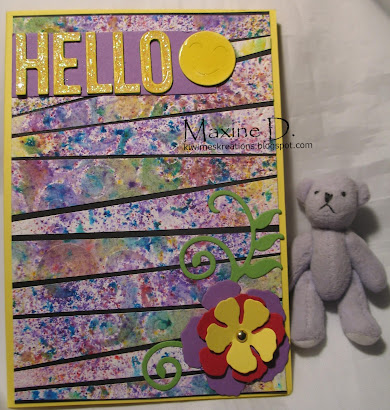 For my background I took a piece I had embossed, using (spritzed) Brushos in the folder - I was not that happy with it, but when I cut it, swapped the pieces around and remounted them, I loved it! 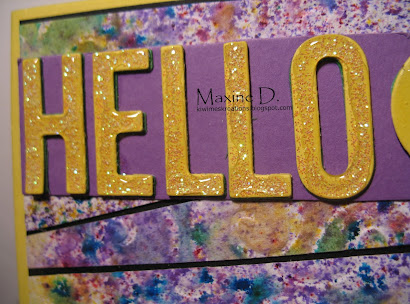 The sentiment was die cut from an unmarked die I was given, in the same card as the base.  I added a layer of Clear Kindy Glitz on it, and when dry, a layer of Glossy Accents.  The photo does not do it justice, as it was very pretty IRL. 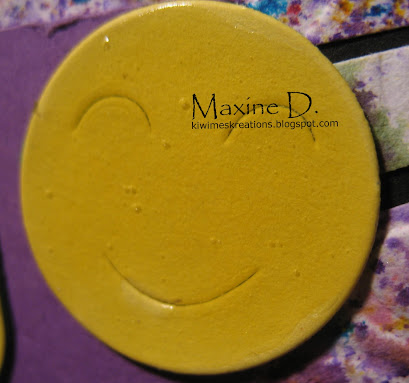 The smiley face was another unidentified die, and I also coated it with glossy accents 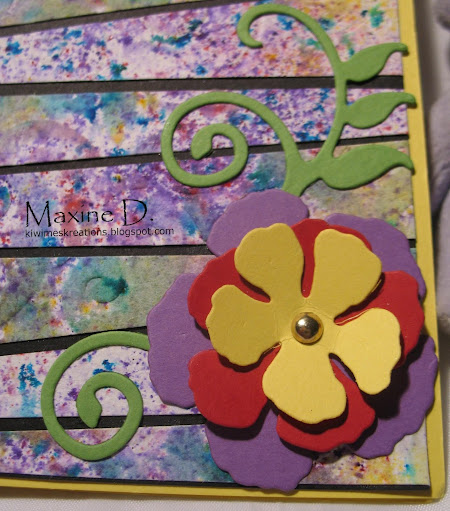 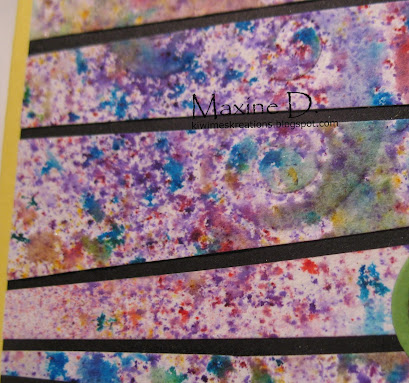 Posted by kiwimeskreations at 9:08 PM 38 comments: