Welcome
It's been a rather stressful week - I developed a chest infection, and my grand daughter had ongoing throat and chest issues - the end result is that I ended up antibiotics, as did she, but to top it off the poor girl also has covid again, so we (the family) are all back in isolation.  So far she is the only one affected..
Today is Father's Day here in New Zealand... and late yesterday afternoon my daughter realised she didn't have cards for the occasion, so it was Mum to the rescue, with the help of Mr G***le.
I got two QACAS card made with a couple of print outs..
Two because there was one from the children and one from her. 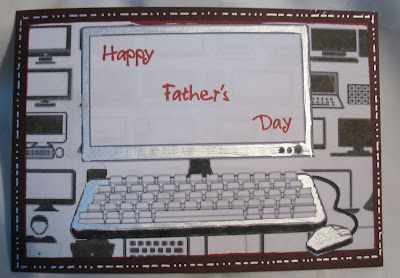 This one is not so CAS - a layer of printed paper for the background, and another computer printed out, fussy cut and touched with black and silver pens layered over the top of the background 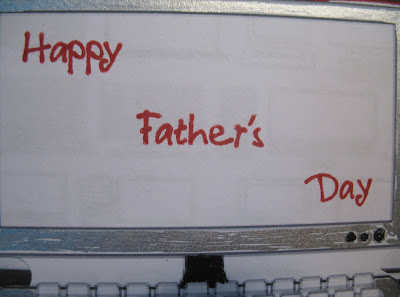 The sentiment was from a magazine set, and I performed surgery to be able to stagger the words across the screen. They were stamped in Catherine Pooler Rouge ink, and the edges of the background piece were wiped over the pad also. 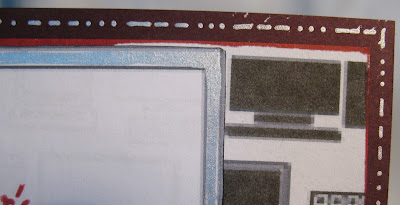 I doodled around the paper, and card one was done... as my son in law is a very 'non frills' person I left the inside plain.
Card 2
My daughter saw the image I had selected, and suggested the wording... 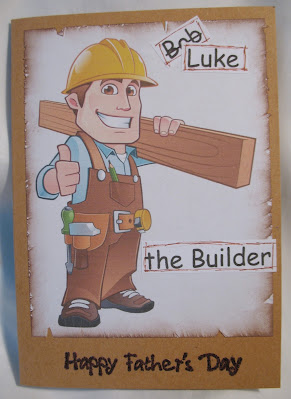 I trimmed the image, distressed and brushed the edges with Catherine Pooler Over Coffee ink 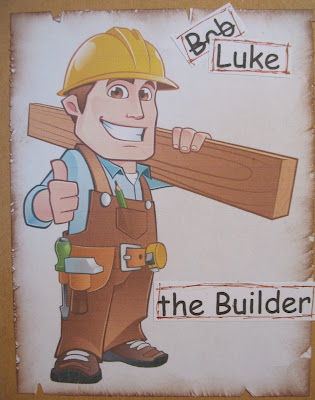 Posted by kiwimeskreations at 2:24 PM

Nice personalising, Maxine and a fun card for a tradie.Thanks for playing along with us at Just Add Ink this week.
Di, JAI

At Home In New Zealand said...

I'm sorry to hear you've not been well, Maxine. And I feel for your grand-daughter too - having covid once is bad enough without getting it twice. Hopefully you will all soon be feeling good again. Luvnhugz Mxx

So sorry your poorly Maxine and C has reared it's head again. But you've created two super cards.

That sucks that you are both ill! Hope you will recover soon and easy!
Your fathersday cards look so good! Love the crisp design on your first and the image and colouring on your second! Hugs, Gerrina

I hope you will be better soon and still can celebrate a little Father`s day if so from a distance.
Look out for yourself don`t take Covid to lightly
I`m still not my old self since November 2021.
Your cards are awsome
Sending a big hug
and Creativty
Cinderella
XX

Two super cards Maxine, Mum to the rescue!
Sorry to hear that you and your Granddaughter have been poorly, I hope you are both feeling much better.
Pauline - Crafting with Cotnob
x

That’s fun! Great way to personalise a sentiment. Thanks for sharing at Just Add Ink.

I had no idea Father's Day is celebrated in September in NZ, always nice to learn something new!
Both cards turned out so nicely and are perfect for the occasion!

So sorry to hear you've caught a chest infection. Wishing you a speedy recovery as well as your grand daughter! Covid cases are on the rise here too, glad the cases seem milder now than what they used to be!
Feel better soon!!
Hugs,
Ellie

Fabulous last-minute cards, masculine cards are always the hardest, you did well to pull these out of the bag at such short notice.
Hope you and your granddaughter soon feel better.
Thank you for joining us at Crafty Calendar this month.
Chris
x

I'd say very fun designs! I sure hope you feel better soon! Thanks so much for joining us at Beyond the Blue!

Lovely card. Thank you for entering our challenge at Polkadoodles.
Sabina DT

Love the cards, especially since as household contacts you've shut in for a week - let's hope you don't catch it. And with the nice weather disappearing some time in the night, it's all gloom and damp here in Auckland...so you possibly weren't going out anyway. Take care

Great pair of cards and love how they came together quickly for you. Thanks for joining us at Just Add Ink.

Both great cards. Thanks for joining us at Arty Divas this month. Angela (DT) xoxo

Always wonderful when you can tailor a card perfectly to match your loved ones, and add some fun elements as well. Thanks for joining us at Just Add Ink this week. Kim

Two very different cards but both equally fabulous for Father's Day. The wording on the second one was well thought out and looks perfect.
So sorry to hear you have had this terrible chest infection. As I am working backwards I realise now that it turns out to be Covid, such a shame but it shows how easily it is passed from one to another. My Friend's Daughter has it for the third time but luckily she is not ill, just a tiny bit of a sore throat.
Take care
Blessings, Neet xx

Great guy cards...love the expression your daughter came up with for the second card...very clever!

It is obvious you enjoyed doing these cards. Both are well done and cute. I pray for you and your family. You are all in my prayer book.

Both cards are so cute Maxine. How fun. Get better soon.

Great cards! I love the personilised sentiment on the builder card - that will bring a smile to the recipient! Thank you for sharing your project with us at the Crafts Galore Encore “Anything Goes” September Challenge. Good Luck and hope to see you again soon!
Carole x DT Craftilicious Creations